Tag Archives: “The Gods Must Be Crazy”

Haircare: “The Gods Must Be Crazy” Style 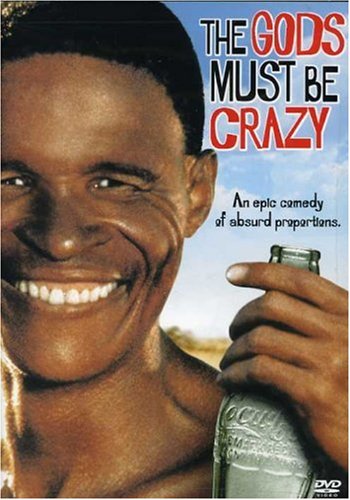 Last Sunday at church I was talking to a young mom and mentioned the fact that when I was in junior high we didn’t have hairdryers or blow dryers as some people call them. Her mouth dropped wide open in disbelief.

I know I’m dating myself when I say that in the 70’s I was in junior high. My first job with a paycheck other than babysitting was a newspaper route. I was excited to have some money of my own to spend on some discretionary items.

In 1973 I went to get my haircut and the stylist used a handheld hair dryer. I was impressed with its convenience. The thought of not racing out the door in the morning to school with wet hair was enticing. I was never much for taking a bath the night before school. I always took a shower in the morning but never quite early enough for my hair to be completely dry.

I asked the stylist where I could find one of those hair dryers and she told me which store I could find one. It was within walking distance so I took some money out of my savings account and went to the store and purchased one. I was so excited to use it that I went home, took a shower and tried out my new dryer.

In our home we only had one bathroom with a tub/shower for a family of eight. In the morning we were like a well-oiled machine. We each had our appointed time in the shower and then we would head to our rooms to finish getting ready. I left my hair dryer in the bathroom the night before after my shower.

The next morning when I went to use my hairdryer it was gone. My sister had it in her room. I retrieved it. I put it back in the bathroom after using it and the following morning the dryer was gone from the bathroom once again. This time I found it in my brother’s room. It seems that he found it useful as well.

Over the following weeks each and every member of my family found use for my hairdryer. I was so surprised one morning when I came down from my attic bedroom to the sound of the hairdryer in the bathroom during my Dad’s shower time. Not Dad too….

In the movie “The Gods Must Be Crazy” an empty coke bottle is dropped from an airplane into an isolated tribe. The tribe members all found uses for the newfound item. Each member “needed” the coke bottle even though they had never seen or used one before.

Finally the tribe leader who was tired of all the fighting that the coke bottle caused within the tribe decides to walk and throw the Coke bottle off the end of the earth to bring peace back to the tribe.

After several weeks of chasing after my hair dryer to retrieve it so I could use it, I was ready to throw it out our window because I never got to use it when I wanted to dry my hair. I was still leaving for school with wet hair. So much for new technology, what good is it if you never get to use it?

Posted by flyinggma on January 24, 2011 in Family, Humor, Life Happens