Fortunately, Unfortunately: Adventures in travel with a used car dealer.

Fortunately my husband got a good deal on a 3/4 ton truck in Florida he needed for a customer and a Corvette in Birmingham, Alabama. Unfortunately the auto transport company could not pick either of them up until the third week in May due a combination of the high gas prices, high car prices, and snowbirds wanting to get their cars back to Minnesota.

Fortunately we were able to get a good price on one way tickets but unfortunately we needed to leave for the airport at 4:00am on a Sunday morning.

Fortunately our flight arrived on time and we were able to catch the city bus that would take us from the Orlando airport north to the Sanford Auto Auction. Unfortunately it took us nearly two hours to go the thirty miles but only cost us $2.00 each for our bus tickets. We did get to observe a lot while on the bus and as we traveled from the airport to the auction. A bit of local flavor for sure.

Fortunately when we arrived at the auto auction we were able to pick up our truck after a mile and a half walk from the bus stop to the auction. Unfortunately the truck had a dead battery and a noisy wheel bearing. They were able to jump start the truck and we were on our way.

Fortunately we found an Auto Zone store open nearby and purchased some Murphy’s insurance for our trip home. We bought a tool set, hammer, chisel, flashlight and a wheel bearing. Unfortunately we needed to use all of the above later in our trip.

Fortunately we were able to resume our trip west to Birmingham to pick up the Corvette after staying in Quincy, Floriday overnight. Unfortunately while stopping to get some pictures of the sunset and pink flowers I picked up some poison ivy and a woodtick.

Fortunately when we arrived at Adessa Birmingham we were able to pick up an undamaged Corvette. There we some cars there that had been damaged by the recent tornadoes. Unfortunately the Corvette had a dead battery and one flat tire. Also the two front tires were in far worse condition than reported and needed to be replaced before we could continue our travels.

Fortunately the lot guys directed us to a nearby tire dealer who was able to replace the two tires at a very reasonable price and short order. Unfortunately it put us a little behind schedule wanting to be out of the Birmingham area before rush hour traffic.

Fortunately we were able to leave after getting the tires replaced and headed out of town. Unfortunately the left rear tire on the truck I was driving blew out in the middle of Birmingham in rush hour traffic.

Fortunately I am married to a mechanic and he was able to change the tire on the truck. He was able to drop the spare tire down from under the truck and put it on the truck safely on the roadside during rush hour traffic. Unfortunately when the tire blew it did some damage to the truck around the area of the tire. Nothing that would prevent us from driving it. 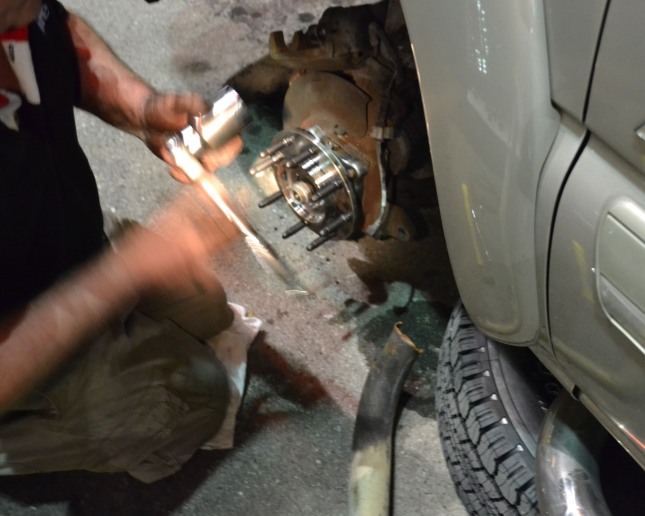 Fortunately the rest of our trip to Nashville was uneventful. Unfortunately all the day’s events put us behind schedule and didn’t leave any time for any fun stuff like sightseeing or many photographs.

Fortunately as I write this post I am tucked into bed in a motel in Tomah, Wisconsin after thirteen hours of driving today with only stopping for gas and food. Unfortunately we need to be up early to finish our last five hours of driving back home tomorrow morning and back to work tomorrow afternoon. Sleep tight!

The mystery tour began this morning at 3 am when we got up and were ready to leave the house for the two hour drive to the Minneapolis airport.

Our flight departed at 7:00am this morning and arrived at our destination at 11:00am.

This morning when we left our home at 4:15 am my son had to scrap ice off his windshield before we could leave. It was a bone chilling 31 degrees.

Upon our arrival at the first stop in our mystery tour I saw this sight.

During our travels we happened upon this lovely sight. It is definitely not native to my home state of Minnesota.

I will post more photos on Monday of leg two of the Mystery tour but I will leave you with Sunday evenings sunset. 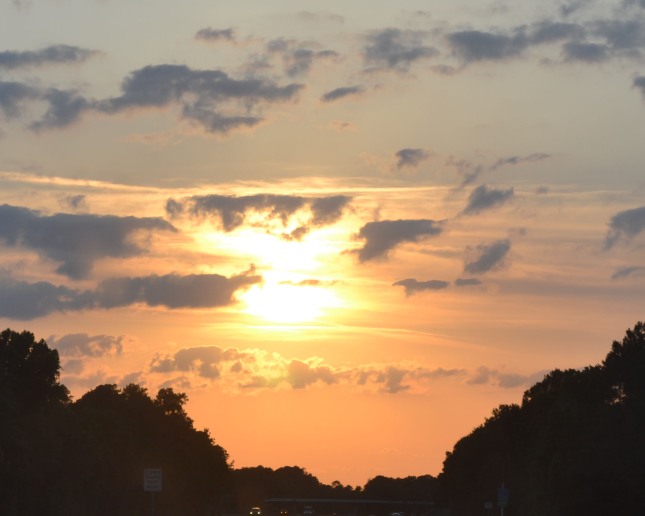 Posted by flyinggma on May 1, 2011 in Life Happens, Photography, Uncategorized, Vacations

In just 4 short hours I will begin my mystery adventure. Oh I know where I am going but I’m not letting you in on the secret until I arrive at my destination sometime around 11 am Sunday morning.

While I should be packing for my little adventure I find myself wanting to do anything but that this evening. Packing will be easy since I love to travel light. ,A backpack for my clothes and laptop. My camera bag with my billfold,cellphone and I will be ready. It’s wonderful to not need winter clothes although they are once again predicting some snow over night.

Today after working I drove to Little Falls for a haircut, my least favorite activity but necessary I suppose at some point. I picked up some pictures I had developed and a few necessities for my adventure. On my way home I stopped at Pine Grove Park in Little Falls to check to see if the Trillium were blooming yet. Some have formed their flowers but are not open yet.

I will have to go back to the park next week to get some photos of the Trillium in full bloom. They are really quite beautiful and seem like they should be in a much more elegant setting than on the floor of the woods.

Another wildflower I found this afternoon was Wild Ginger or Asarium canadense. It is one of my favorite wildflowers for it’s uniqueness. The flower blooms at the base of the plant and not on the top like most flowers. It’s flower is pollinated by ground-dwelling insects such as beetles. It has a flower at the base of a pair of leaf stalks. Long white hairs cover its stem and leaves. 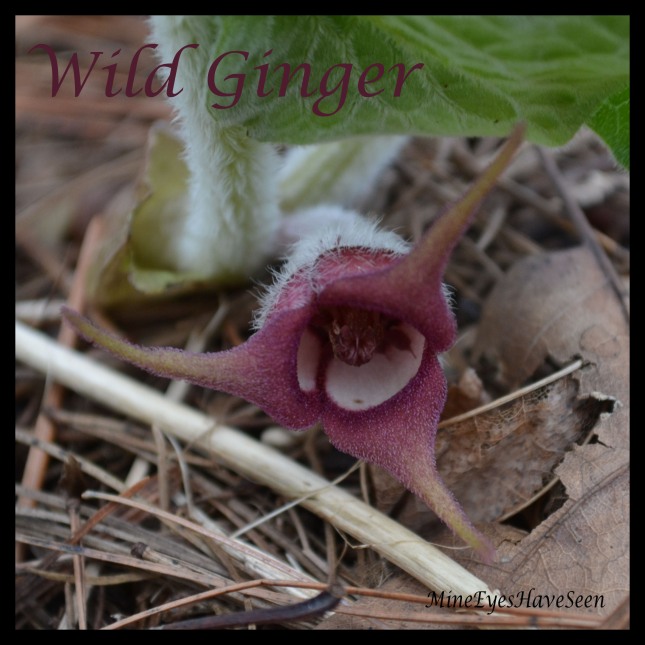 On a random note…On my way to town today I saw living lawn ornaments of the unique variety that I thought I’d share before I go to bed for 3 1/2 very brief hours of sleep. In case you think this is a farm-yard, guess again. It is on the front yard of a home in a small town. As far as I know they don’t keep turkeys as pets there. I think they are just passing through. The largest seems to be a combination of domestic and wild turkey.

Enjoy your Sunday and I will catch up with you all a little later in the day to reveal the mystery location and plans. Blessings on your day!