RSS
← Looking Back At St. Pete’s Beach
A Single Drop → 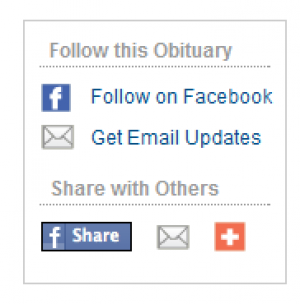 For the past week my morning routine has been disrupted. I usually wake up to an alarm at 6:00 am each morning. It’s not a pleasant sounding alarm but it gets me out of bed.

Last week when Daylight Savings Time ended I somehow changed my alarm settings on my radio and I now wake up to a local radio station. It’s a change but I’m not sure for the better.

Each morning this past week when I woke up to the radio station it has been a depressing way to start the day. At 6:00 am on this particular station they read the obituary notices for the deaths that occurred since yesterday and the upcoming funeral arrangements in our area.

I suppose I’m looking at this all wrong. I shouldn’t be depressed because I am here living on this earth another day. Starting the day with the obituaries just isn’t the way I would choose to begin my day. Maybe tonight before I crawl into bed I will remember to reset my clock to wake to the alarm instead of the radio.

After I process the average ages in my mind contented briefly I then move on to my next train of thought which is how many years do I have until I reach the average age? There are not nearly enough years between now and then to carry out all that I had hoped to before I die.

Most families around here now opt to have the wake at the church instead of the funeral home the evening before the funeral so then the conversation switches to “What’s going on at the church?”, “I wonder if someone died?” I live in a small town of 400 so a death in the community is usually someone I know, some more than others. Hearing about the death of a family member or friend over the radio seems so impersonal.

I’d love to leave instructions for my funeral that my death not be announced over the radio like the local sports scores from the night before but passed by word of mouth among friends and family and definitely not as a Facebook status. Status:Dead …. How cold!

← Looking Back At St. Pete’s Beach
A Single Drop →

19 responses to “Leave Me Out of the Obituaries and Facebook”