It Doesn’t Get Much Better

Friday evening my husband and I took our daughter and her son with us to the racetrack. My husband hasn’t raced much this summer but he had his truck ready to go and we went.

When we arrived at the track after an hour and a half drive first thing on our list was to unload the truck and get something to eat.

My grandson’s favorite is a corn dog which I knew they had at the food stand. And yes, that little guy did eat the whole thing although it took him awhile.

After we unloaded the truck we headed over to the pit grandstand to watch a couple of heat races before my husband’s turn to race.  Jack didn’t take his eyes off the track for a minute and was concerned when they had to send a tow truck out to take a car off the track that had spun out. 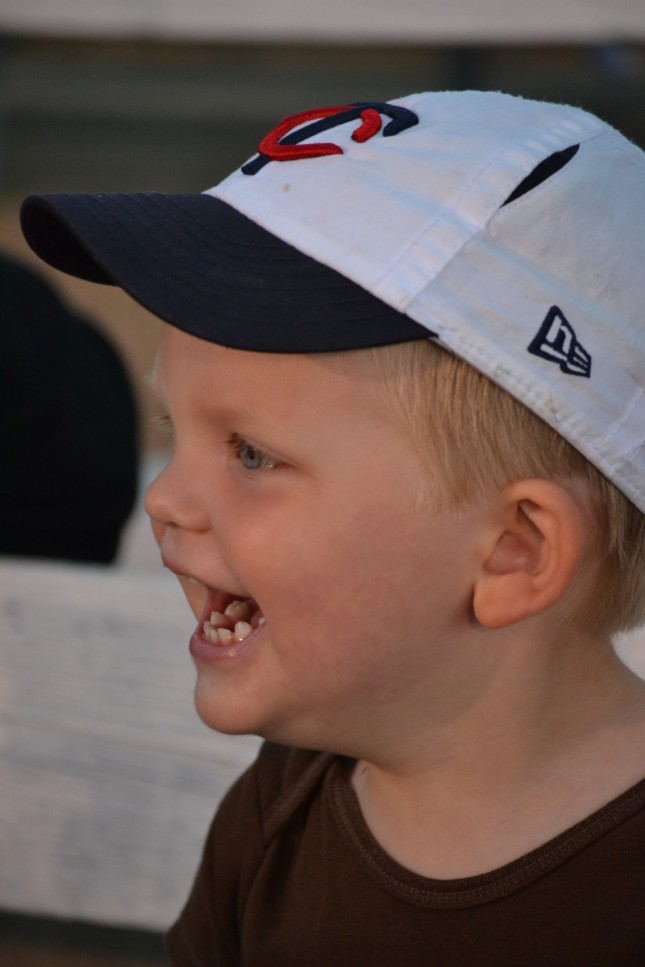 Jack’s favorite movie is “Cars”.  This was like seeing “Cars” in person. He pointed at everything and talked in his two-year old jibberish about everything he saw and every other word that came out of his mouth was “race car”.

Squeals of delight were heard as the racecars turned corner number four. Our night was cut short by storms rolling in. We ended up running to the truck in pouring rain and driving in torrential rains home. We will head back to the track on Thursday for  “King of the Dirt” night.  Hopefully he will get to see Grandpa race.

20 responses to “It Doesn’t Get Much Better”